Nearly 400,000 cardiac arrests occur in the United States each year and most do not happen in a hospital setting. A fast response to cardiac arrest is crucial to prevent brain death, which can occur in as little as four minutes. Because it takes an average of eight to twelve minutes for emergency response teams to arrive, bystander knowledge and administration of CPR is vital.

Unfortunately, the American Heart Association reports that as many as 70 percent of people surveyed stated they would not feel comfortable administering CPR either because they are unfamiliar with how to do it or because they do not feel confident in their ability to perform it properly.

This is why the AHA developed an experimental CPR training kiosk. This kiosk provides users with a fast tutorial on how to perform hands-only CPR and enables them to test their skills on a manikin. Users receive instant feedback on their performance so they can practice until they get it perfect. The process takes only a couple minutes and can leave the users with the skills they need to save lives in an emergency.

Researchers from the University of Arizona tested the effectiveness of a CPR Training Kiosk located at the Dallas/Fort Worth International Airport. They found that those who did the one-minute training session at the kiosk responded far better in a simulated emergency situation than those who did not.  Not only were they faster to call 911, they were more likely to provide necessary chest compressions and their technique was superior.

Just last month, the AHA reported about how Matthew Lickenbrock, an engineering student at the University of Dayton, used CPR to save the life of fellow student just days after getting training at an AHA Hands-Only CPR Kiosk. Lickenbrock, who had never before received any training in CPR, spotted the kiosk during a long layover at the Dallas/Fort Worth Airport. With time to kill, he tried it out. He did the one-minute course three times until he had fully perfected his technique.

Fortunately, this training provided him with everything he needed to know when he came across 23-year old Mark Ferguson who had just been struck by lightning and had gone into cardiac arrest. Lickenbrock immediately called 911 and began hands-only CPR, which he administered for a few minutes until he was relieved by Steven Pope, a nurse anesthetist who was nearby when the tragedy occurred. By the time the ambulance arrived, Ferguson had a pulse and was breathing on his own.

Though he suffered a broken jaw and severe burns over one third of his body, Ferguson is expected to make a full recovery.  He thinks of Lickenbrock as his guardian angel. You can learn more about this amazing story here.

Given the necessity of bystander administered CPR to saving lives of those who go into cardiac arrest, these kiosks are an important addition to airports and other locations. While Dallas/Fort Worth Airport is home to the only public kiosk currently available, this will change soon. Thanks to a grant from the Anthem Foundation, seven more kiosks are slated to be installed in public places by the end of this year. It is our hope that this life saving technology will soon be available all over the country. 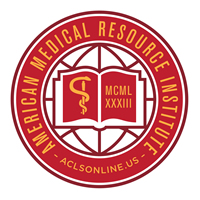 A 62-year old male is admitted through the Emergency Department (ED) with a fifty-hour history of worsening sore throat, cough, and increased work of breathing.

The Use of PEEP (or CPAP) in CHF

A 69-year old male is brought into your department in acute respiratory distress. He is breathing 56 times per minute, using all of his accessory muscles of respiration. His skin is cold and moist. His BP is 188/110, with sinus tachycardia at a rate of 152/minute. His S02 = 70% per pulse-oximeter. He has bilateral inspiratory crackles in all lung fields and his wife states he has been “battling heart failure” for several years.

Ready To Register For Your Exam?